Do Catfish Have Teeth and How To Protect Yourself?

Catfish have teeth, but not the kind that you would expect. Instead of having big sharp incisors like most animals do Catfishes’ mouth is full of tiny microscopic ones called cardiformes which create a rough texture in its mouth.

Have catfish species Got teeth?

Catfish are known to consume algae and plant life by suction. Some larger catfish species, such as flathead catfish, will suck in little fish like minnows and crush them. All types of catfish have cardiform teeth in the same manner.

Catfish have teeth, but these dulled out little blades more closely resemble sandpaper than anything else. These bristly projections line the front of their mouth and throat in order to scrub food particles from water as they swim around looking for dinner.

The catfish is known for its attack mode and will bite down on human fingers with no hesitation. But unlike the regular old fashioned biting that we’re used to, a fish’s mouth contains toothless gaps making them more likely than not just leave behind some rough scrapes or even cuts in your skin if they do manage to sink their teeth into you.

Can Noodling For Catfish Involve Risks?

That’s a tough one. Like any sport, there is some risk involved in noodling for catfish but being an experienced swimmer will help keep you safe and avoid many potential dangers that can arise while fishing this species of fish.

To feel confident about what you’re feeling in the water, it’s important that not only do people know their fish from a carp to an eel but also if they are dealing with any type of aquatic life. It takes some time studying and learning all there is about this topic before one can be recognized as being knowledgeable enough for such matters.

The fish has an advantage over humans in that it can breathe underwater. As a result, they’re able to stay submerged for longer periods of time and wait until their prey comes near them before grabbing onto it with teeth or claws (or both). Humans on the other hand must come up for air often which makes fighting river currents difficult as well or slippery mud puts us at risk if we don’t watch out carefully!

How To Avoid a Catfish Sting From Their Spines

Anyone who has ever held a catfish in their hands knows how sharp these little creatures can be. The fins on the fish are pointed and covered with tiny serrated edges that could easily puncture human skin if handled improperly, which is why it’s important to always handle them carefully.

Catfish stings can be a pain, but they’re not as bad to deal with than you might think. The primary danger from such an injury is infection so make sure your hands are clean and disinfected after handling any type of fish or other wildlife if injured by their fins, Cleaning the area well will help prevent this problem too apply alcohol followed either peroxide (for fresh wounds), antibacterial ointment.

When holding a catfish, be sure to grasp it from behind with your fingers wrapped around the body and below its pectoral fins. This will stop him in his tracks if he has ambitions of giving you an uncomfortable sting.

Do Noodle Sleeves Help With Protection?

The debate over whether to wear a sleeve or not becomes more intense among those who fish for catfish. Some claim that by wearing one, you provide an extra protection against stings from these pesky creatures while others say they get much stronger grip on your hand/arm when we sleeves are worn and pulls them underwater with greater ease than if there wasn’t any sort of covering at all.

With all the options out there it can be hard to know what will work best for you. Some people say they’re better able feel their target fish with bare hands, while others recommend wearing noodle sleeves or protective gear at least some of time when fishing in order keep from getting cut by sharp fins and blades on hooks near enough your body that if not dealt with quickly could cause serious injury.

Want to get the most out of your noodle sleeve? Here are some facts about them, and what you need for protection.

Ways To Protect the catfish

If you want to keep a big catfish alive, it’s important that they are well cared for. Some people will fish then take photos with the fish before releasing them back into their natural habitat; other fisherman might only catch one or two and cull out smaller ones depending on what he/she plans on doing with the catfish.

When keeping your catch alive, be sure that they are wet. If you don’t have a live well or if the water level in it has gone too low for whatever reason, then attach one through their skin at bottom lip and make certain not to run this up against any gills because it will harm them instead of helping.

To keep your catch alive, make sure it’s wet. If you don’t have a live well and are catching fish on the deck of an already-floating vessel like fishing boat or ship then attach stringer through skin at bottom lip to prevent them from drying out before they’re released back into water once caught

There is no better feeling than knowing that all those hours spent working hard were not entirely fruitless.

One way to keep your fish healthy and happy is by using a longer stringer. The cool water will help them avoid exposure that could be harmful, while also keeping their environment more similar to their natural habitat, and not have direct sunlight on it all day long.

To avoid causing further damage to the fish, do not hold it upside down or fondle its gills while taking photographs. It is best if you can quickly snap a few pictures and then release back into their natural environment without any prolonged exposure time so as not cause more harm than necessary.

When a fish is stressed, it can release chemicals that make it taste and smell unpleasant. The longer you keep a fish that is struggling, the more these chemicals will be released. These harmful chemicals can even include ketones.

Catching a catfish is an experience like no other. Whether you use rod and reel or your bare hands, they are strong with lots of energy which makes battling them loads fun. While noodling has become popular among anglers especially in Southeastern United States it can be potentially harmful to both fisherman as well as the fish.

Catfish are known for their rough, bristly teeth which can cause scratches and scrapes. The sharp pectoral fin of young catfish is dangerous because it punctures skin easily while the dorsal fins have rows upon rows spines that could cut into an angler’s flesh if they’re not careful enough when catching them. There are safety equipment available to protect yourself from these injuries but wearing them may lead to more harm towards both fisherman and fish rendering some unable to be save no matter how hard we try.

When noodling, it is important to protect yourself from harm. Learn as much about the water you are fishing in and what process there may be before going out on your own with all these new skills learn how safe handling fish can feel, stock up on knowledge. Bring a friend if possible because accidents do happen sometimes even when we’re being careful don’t forget that safety gear like gloves or sleeves will help keep things go smoothly too. 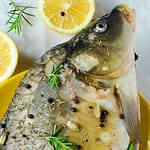 Is Carp Edible? And How Does It Taste?

How Do You Cook American Eel For Sushi? 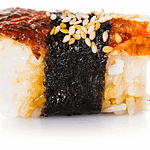 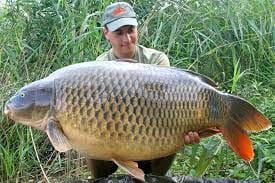 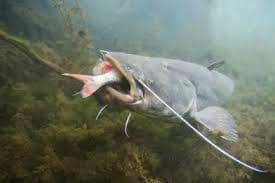 Spread the loveIf you’re a fan of fishing, you’ve probably wondered at some point whether or not catfish eat other fish. After all, these bottom dwellers are known for their voracious appetites. So, do they? As it turns out, the answer is both yes and no. While some species of catfish do indeed eat other… 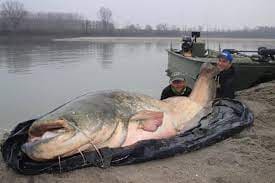 Spread the loveIf you’re wondering whether or not catfish continue to grow throughout their lives, you might be surprised to learn that the answer is yes! In fact, catfish are one of the fastest growing freshwater fish. But just how fast do they grow, and what affects their growth rate? Here, we’ll take a look…