When you go out for fishing in your boat, then you might get hindered by a lot of objects in the water that you mistook for some fish. Well, this is a problem that most of the anglers or fishermen face and in order to overcome these issues, most of the fishermen now use fish finders that are available in the markets.

There are indeed quite a lot of fish finders in the market from which you can choose according to your requirements or needs. Now, we will talk about one of such fish finders that is manufactured by Garmin, and it is none other than Garmin Echomap UHD 74sv. This UHD 74sv is definitely an amazing fish finder that can help you in your daily fishing routines. This UHD 74sv will definitely enhance your overall fishing experience and will make it a remarkable one. 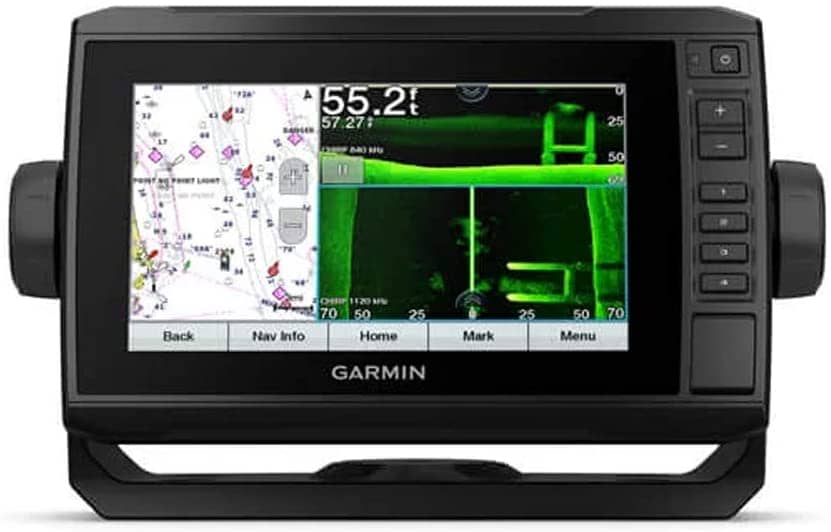 Firstly, if we refer to the display that this Echomap UHD 74sv by Garmin has, then this fish finder has a large 7-inch display that makes it much easier to see data and information on the screen. With this 7-inch large screen, a fisherman can easily spot fish on the screen. Further, the screen also has WVGA colors as well. These are quite impressive and bright colors and make the appearance of the information much brighter and an individual can easily use this bright screen even on sunny days.

If you are fishing and using this fish finder in a bright sunny day, even then you will not face any difficulty finding fish on this bright screen of Echomap UHD 74sv. The screen of this fish finder is touch screen and has a resolution of 800×400 pixels.

Overall, we can say that the screen is a prominent feature of this Echomap UHD 74sv fish finder. 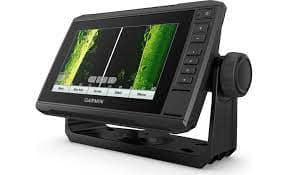 Now, if we refer to the sonar technology that has been used in this fish finder, then we can say that it is a three-in-one fish finder. This means that this Echomap UHD 74sv comprises three important technologies including the CHIRP, SideVu and ClearVu.

If we consider the CHIRP, then it is a sonar mode that this Echomap UHD has. Considering the depth capability of this CHIRP, this can easily identify fish and other objects at a depth of approximately 800 feet.

The ClearVu mode of the sonar provides a very sharp and clear picture of everything that is present beneath the boat. Through this, an individual can easily see the presence of fish even beneath his boat.

This Echomap UHD 74sv also comes with a transducer termed as GT54UHD-TM. This transducer works on different ranges of frequencies as well.

The Echomap UHD 74sv is also equipped with BlueChart g3. This can be referred to as the coastal chart of USA. Further, this specified BlueChart g3 is also enhanced by Navionics data. Another important feature of the Garmin Echomap UHD 74sv is that it has track plotting as well as route creation feature in it as well. Therefore, it enables the fishermen to create their own specified fishing tracks and charts. This Echomap UHD 74sv can store up to 5000 waypoints in its memory.

If we account for the connectivity of this Echomap UHD 74sv, then it has a networking connectivity with NMEA 2000 through ports and it also has the options of wireless connectivity as well through which the user can connect the device with his smartphone as well.

If we firstly talk about the pros of this Garmin Echomap UHD 74sv, then it has a quite impressive display system of 7-inch. Further, it has three modes of sonar that are highly active, sharp and precise. It contains data graphs and sonar functions as well. Echomap UHD 74sv also contains BlueChart g3 of coastal areas of USA and internal GPS as well. Wireless connectivity, sail assist feature and MicroSD slot are other important features of this fish finder. Also, its installation is quite easy and can transfer data wirelessly as well.

Overall, this Garmin Echomap UHD 74sv is a very good option that you can consider if you are looking for a fish finder. This Echomap UHD offers three modes of sonar including the CHIRP, SideVu and ClearVu. Further, it also has BlueChart g3 and GPS features in it. Wireless connectivity is also a plus point for this fish finder. Therefore, we can conclude that overall it is a good package to consider and it also has a quite reasonable price as well.