Review of the Penn spinfisher V

Penn has been one of the well known brand for making some quite amazing and high performing fishing reels for a long time. Penn has made its name in the fishing reels markets. If we consider the spinfisher series by penn, then it is one of the premium segment series of penn. This reel has been winning the hearts of many anglers since a very long time.

As the name is suggests, this is the 5th generation of the spinfisher reel series. An important aspect of this reel is that it has won the best saltwater reel award of 2012. One can say that this penn spinfisher V is a solid reel that is very suitable for saltwater fishing conditions. The spinfisher V has been made in such a way as to last for decades with proper care and maintainance. This is indeed one of the most durable fishing reel and it can even withstand the saltwater conditions without having any damage. Therefore, one can say that it is definitely a great choice for anglers who are looking for an amazing reel that will last long. 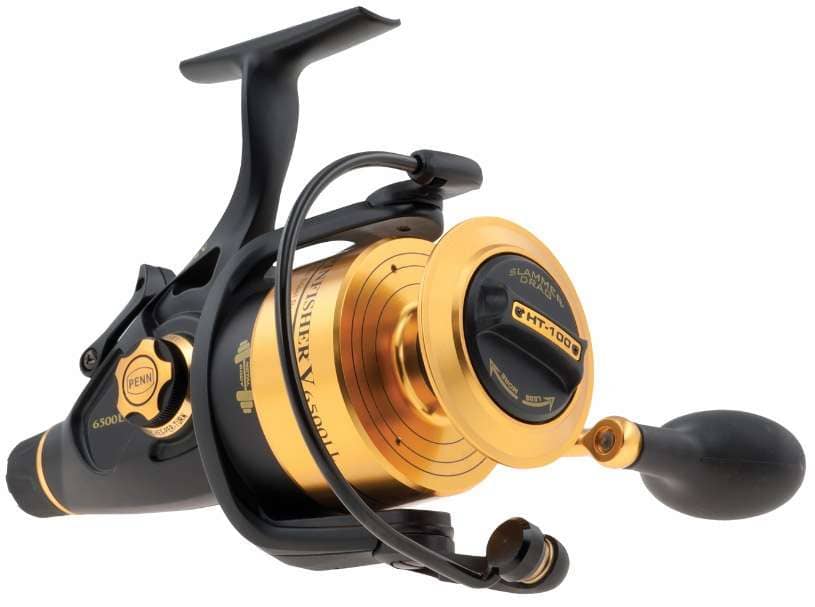 As already stated that the penn spinfisher V is indeed a great fishing reel. It is definitely equipped with some amazing features. Some of the main key features of this reel are as follows.

If we talk about the overall body of the spinfisher V reel, then it is made of metal. This reel offers a quite rigid and durable construction because of the use of metal. The full metal body basically provides a great backbone to the overall reel and enhance the durability of the reel.

If we consider the design of this reel, then the spinfisher V comes in a watertight design. As the name indicates, this watertight design doesn’t allow water to penetrate through. This impenetrable design is accomplished by using stainless steel ball bearings that are shielded along with a sealed drag system that does not allow sand and water to pass or penetrate through. This sealed system is not only present in the drag system but it is also present in the handle of the reel. The handle also has a mounted seal that basically aims to keep water out. This watertight design is indeed one of the main key feature of this spinfisher V series.

If we consider the bearings present in the spinfisher V series, then this reel basically has 5 stainless steel ball bearings. Important aspect about these bearings is that these are sealed with various rubber seals that make it resistant to water. And because of this, the reel remains safe from damage caused due to water and the overall functioning and performance of the reel remains extremely smooth.

Now, if we talk about the drag system that is present in the spinfisher V series, then one can say that these reels have indeed one of the most amazing drag system in them. These reels are equipped with the HT-100 slammer drag system. The key feature of this HT-100 drag system is the presence of keyed carbon washers. These washers are used in place of the traditional washers and because of the presence of these keyed washers, the life span of the reel is expanded to a large extent. Another important aspect of the presence of these carbon washers is that these also provide a quite smooth and non jerky drag even under load.

Penn spinfisher V series is also equipped with a heavy duty bail wire. This bail wire is generally made from high quality aluminium. This is also superb as it prevents the warping and bending of the wire and is indeed quite useful for enhancing the users fishing experience. This aluminium bail wire overall assists in line management.

If we talk about the spool of this spinfisher series, then this superline spool basically incorporates rubber. The presence of this rubber that is inlayed into the spool allows the angler to spool with a braid of his own choice without backing it with a mono. This is also an amazing feature present in this series reels. 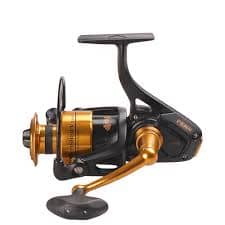 What I conclude about this penn spinfisher V fishing reel is that it is indeed one of the best reel available in the market when it comes to the price category compared to the features that it provides. The drag system, the anti-reverse feature, the bail wire and spool are all amazing and extraordinary. Further, the overall body and the watertight design of the reel is also mind blowing. It is extremely durable reel that is excellent in terms of its performance. Therefore, I would highly recommend this amazing spinfisher V reel to anglers because it has some amazing features in it that are quite useful and would enhance the fishing experience of the user.