This fish called the Northern Pike is present in North America, Europe, and Northern Asia as well. These are cold-water species. This Northern Pike has bean-shaped spots on the body and this fish does not have scaled on the lower side of the gills.

The special thing about this fish is that it is a game fish or a prized game fish and is very common. Northern pike grows very large and weighs approximately 20-40 pounds and can belong up to 1.4 meters.

The important thing about this species of fish is that it is able to remain still in the water. It means that these can remain motionless in the water near the clump or cluster of weeds and as the prey approaches near them, they make a sudden move and grab the prey quickly.

They can easily blend in the weeds as well as the submerged vegetation. The prey is mostly small fish and aquatic invertebrates. These northern pikes are apex and ambush predators. Indeed, one can say that these pikes are aggressive in their nature. 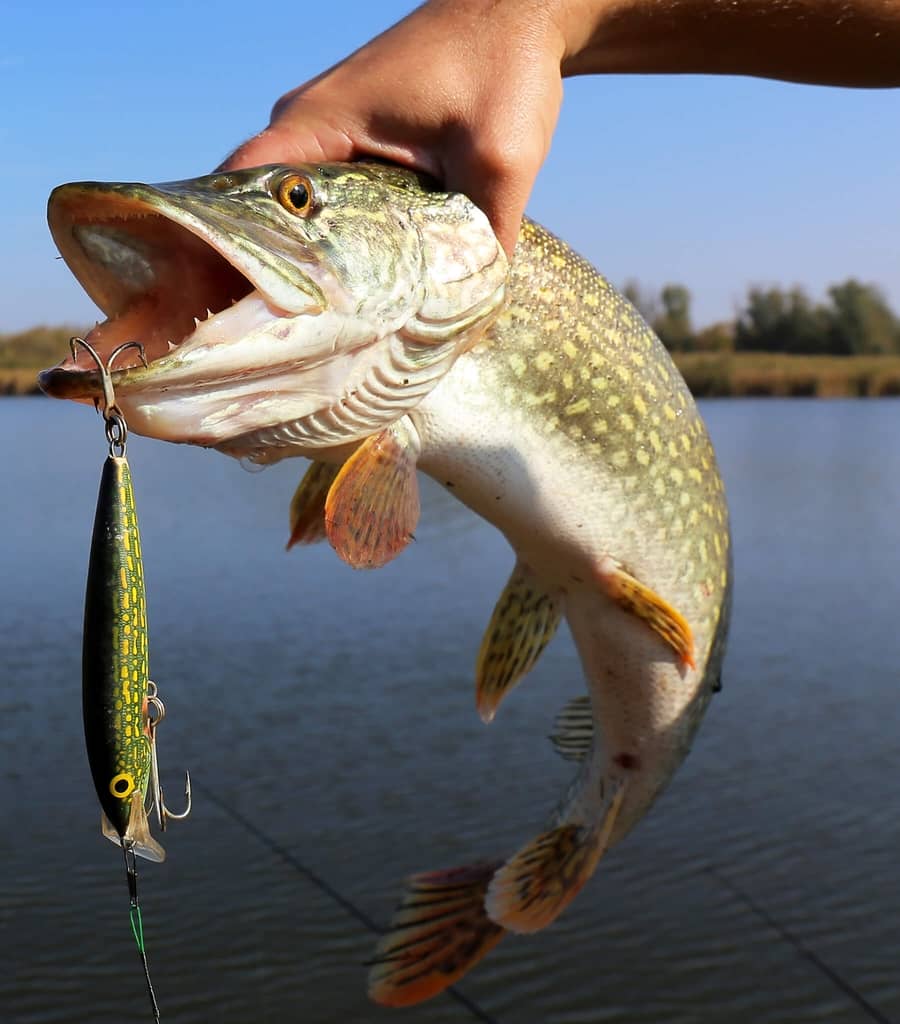 Now if we discuss the best northern pike fishing lures, then, in my opinion, these fishing lures will fall into different categories as they differ in their nature.

These can either include hard body plugs, spoons, soft plastic lures, or even the spinnerbaits. There are various fishing lures available for the northern pike. These are as follows:

This is definitely the best bait and is kind of legendary.

It is basically a curved piece of metal and it has a hook attached to it. As this Daredevil Spoon is made up of metal so it is heavy and it surely casts very well because of its weight.

Further, these Daredevil Spoons are easy to use even by beginners. You just have to simply cast it away, let it sink and then ultimately grab it or retrieve it back.

#14 is the size of the pike fishing lure. The Rapala Shad Rap is also a very suitable option for luting pike.

It is a kind of versatile bait that can be cast and trolled as well. This bait allows you to cover more area of water while casting. This Rapala Shad Rap is also a great choice for catching fish at the bottom of the grass bed. Hence, it is a good choice for northern pike lure.

When it comes to the durability of the bait, then I would definitely recommend this fishing lure. The Booyah pikee is surely the best spinner bait that is available in the market.

Its size is large and it generally creates a lot of vibration in water. Another important aspect of this spinnerbait is that they allow the anglers to catch fish even in a dense cluster of grass or weed. These spinnerbaits work best with slow retrieves. If you want to catch the northern pike with this bait, you should definitely try it close to the bottom and roll it slowly. 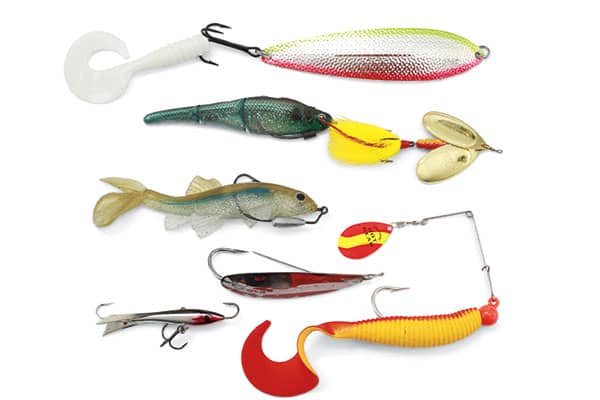 The musky killer is a kind of an online spinner that is made by Mepps. This Musky inline spinner is one of the best northern pike lures. The plus point of this lure is its size.

These are large in size and generally, attract larger pike fish. Like other lures or baits, these are also very simple to use. You just have to cast it, let it settle, and just pull or retrieve it back. This lure also puts a lot of vibration into the water.

These lures also vary in terms of their colors. These are available in a variety of colors. This Musky killer can also be trolled slowly in open water as well. 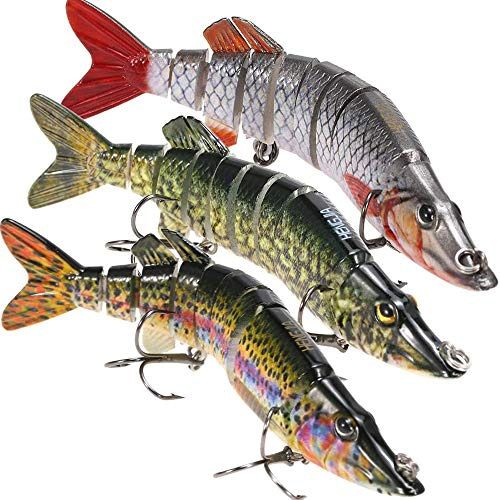 As already discussed, that pike is an aggressive fish and for attracting the northern pike, the best bait would be the one that would make a lot of noise. And for this purpose, Rapala skitter prop works best.

This bait produces a lot of noise and motion and this ultimately attracts the pike. This lure is also helpful in catching fish over the submerged vegetation.

It is basically a weedless spoon that is a very productive fishing lure. This lure is definitely a good choice in heavy vegetation.

Like other lures, it is very easy to handle and use. Further, this northern pike lure has a great built-in wobbling action. The overall action and profile of this lure is great.

This Kastmaster spool is versatile in its nature. It can either be cast or it can be trolled. This lure works best in deep water. It means that it is more effective when you are catching pike in deep water.

The one-ounce size of this lure works in the best way to catch the northern pike. Another important aspect of this lure is that it is also very suitable for ice fishing lures. Its functioning is similar to other spools. You just have to cast it and retrieve it.

Furthermore, these Kastmaster spoons are available in a great variety of colors.

So, these were some of the important as well as the best northern pike lures that you could use. These lures are available in a variety of colors also. You just have to use these depending on the situations in which these are the most suitable respectively.