How to catch Redfish

Redfish (Sciaenops ocellatus) or the red drum fish is a popular game fish best known for their huge size and the fierce fight they put up on being caught making it a rather adventurous experience to catch them.

They belong to the Sciaenidae family, although they do not have any characteristic whiskers like that of fellow members of the same family share. The name “drum” comes from the ability of the male red drum,to produce a deep drumming sound by contracting muscles on either side of the swim bladder which is used during courtship and sometimes when a fish is distressed.

They are known by various names such as red, channel bass, spot-tail bass, red bass.

As the name indicates the redfish have a coppery-red in areas which are muddy and in brackish waters,silvery gray in those living in surf areas and areas of higher-salinity, bronze body which shades off into a pale,white white belly. They have a compressed and elongated body, dorsal fin has two sections, with a spiny fin at front separated by deep notch from the soft dorsal fin. The scales are large and have jagged edges.

The highlight feature of the redfish is the black spot on their tail which is round and well-demarcated.
There maybe more than one spot when they are younger, which they lose as they grow. The tail has a light iridescent blue shade which wears off as the fish grows.During the spawning season, the fins take on an orange color.

Red drum on an average grows between 20-30 inches , can grow up to five feet in length and a weight of 90 pounds.

Where to find redfish

Red drum are commonly found along the southern Atlantic coast from Chesapeake Bay to Key West, Florida, along the entire U.S. Gulf coast, and south to about Tuxpan, Mexico.
One can find a redfish anywhere from freshwaters, saltwater,open Gulf, to the lower reaches of costal rivers as they tolerate a wide range of salinity and water temperature. 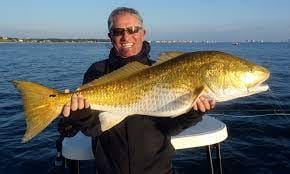 How to catch redfish

While catching saltwater fish it is important to make sure one has the right equipment. To catch the redfish, a 10 feet long, smaller fish can be caught with rods which are 6 ½ -8 feet long.

Depending on the habitat, the strength of the line uses varies, if you’re fishing in areas which are full of rocks, oysters then heavier lines of 17-25 pounds used and lighter lines for those in grass flats.

For smaller catches 100 yards of reel line is sufficient. Spinning or bait casting reels are always a good option.
Still fishing, drifting and casting in shallow waters are preferred. They’ll hit almost any natural bait and a full range of lures from spoons to topwaters, as well as flies.In shallow water reds are sighted with their tails slightly out of the water, a behavior called “tailing”.

Fishing season is year round with fall being the best time to catch big reds in the surf. Early hours of the morning is the prime time to get them reds.

Tips on how to catch redfish 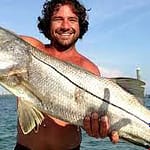 How to catch Snook fish

How to catch Spotted Seatrout 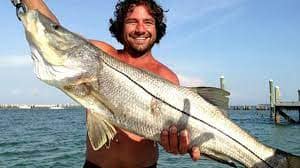 How to catch Snook fish

Spread the loveThe Common Snook or the snook fish is a widely popular recreational fish in the Gulf Coast, known for its intense fighting ability and quality meat. It goes by other common names such as robalo and sergeant fish. About Snook fish The snook fish (Centropomus undecimalis) belonging to Centropomidae  family is a hermaphrodite,… 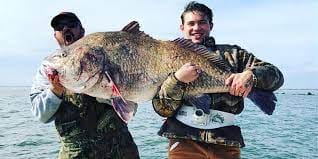 How to catch Black Drum Fish

Spread the loveThe black drum (Pogonias cromis) belong to the popular drum family of fishes, which owe their name to their characteristic drumming sound they make as they make their way through the waters especially during courtship. They belong to the Sciaenidae family. It is a widely famous saltwater game fish known for the intense fight they… 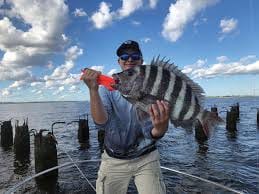 How to catch Sheepshead fish

Spread the loveThe Sheepshead fish is yet another commonly caught game fishes, known for their fine, quality meat. Sheepshead (Archosargus probatocephalus) belongs to the Sparidae family. Its standalone feature is its teeth , which resembles that of an human. They are also known as convict fish, sheephead, sheepshead seabream, and southern sheeps head About Sheepshead…