The tarpon fish or the Atlantic tarpon is quite an aggressive fish which put up a challenging fight on being caught, hence makes it a much sort after game fish by the experienced anglers.

It is famously known as the ‘Silver King’ due to its enormous size, and considered a prized processions among anglers testing one’s patiemce, strength and skill.They are known by many different names abalitsa, Atlantic tarpon, atlantischer tarpun, bass, big scale, tarpone, tarponi, tarpum, trapoen, silverfish, silver sides, and sabalo

The tarpon (Megalops atlanticus) belongs to the Megalopidae ( Elopidae) family. These fish appear silvery or shiny when viewed form the side and has a dark blue to greenish-black bodies.These ray-finned, long elongated fishes have large scales, a slightly upturned face with the lower jaw extending beyond the upper jaw. They have soft, lobed fins which appear all shiny from the side.

The tarpon larvae feed by directly absorbing nutrients from the sea water initially aftr which they gradually move on to feeding on zooplankton, insects and small fish. As they grow their diet inclines more towards poecilids,cyprinodontids, larger invertebrates such as shrimp,crabs. Full grown adults prey on mullets, pinfish, marine catfishes, Atlantic needlefish, sardines, shrimp, and crabs. 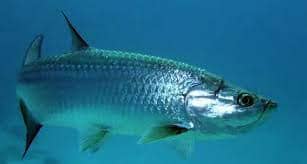 Tarpons grow to about 4–8 ft (1.2–2.4 m) long and weigh 60–280 lb (27–127 kg). The highest recorded size of Tarpon is about 8 feet long and weighed a massive 350 pounds!
The tarpons are generally slow-growing fishes with the females growing larger than their male counterpart.

Where to find tarpon fish

The Trapon fish are native to the tropical and subtropical areas along the Atlantic Ocean, extending from Senegal to the Congo. In the Western Atlantic region they are found around the the Gulf of Mexico, Florida, and the West Indies. However, tarpon are not uncommon as far north as Cape Hatteras, and the extreme range extends from Nova Scotia in the north, Bermuda, and to Argentina to the south.

Tarpon have alos been found at the Pacific terminus of the Panama Canal and around Coiba Island.
Tarpon populate a wide variety of habitats, but are primarily found in coastal waters, bays, estuaries, and mangrove-lined lagoons within tropical, subtropical, and temperate climates.

Natural baits casted during the ebb tide are your best shot at catching these humongous fishes. Shrimps , pilchards, mullet and pinfish are the go-to baits for catching the Tarpon. 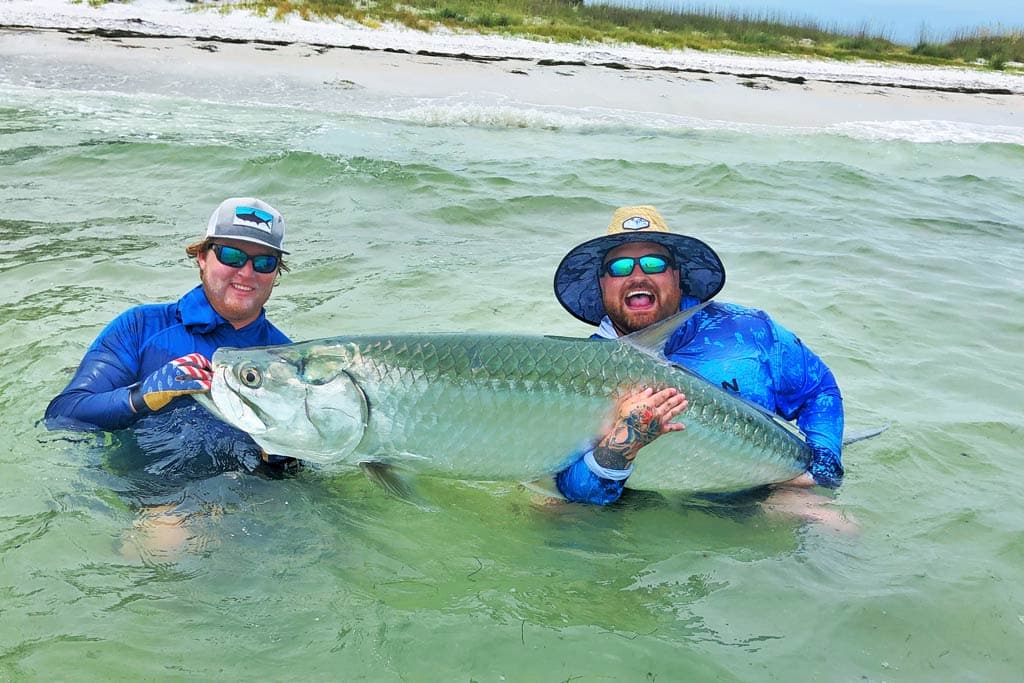 How to catch tarpon fish

A spinning reel in the 5000 to 7000 size paired with a medium-heavy rod is a great all-purpose outfit for tarpon fishing. The reel should be fully sealed to guard against corrosive saltwater and have a strong, smooth drag to quickly tame your quarry. 50-pound test braided line of about 250-300 yards will be required as a standard for tarpon.

Rigging for Tarpon is a simple procedure, all you got to do is start with a 3-foot Bimini twist tied to 5 feet of 80-pound leader with a Bristol knot, and with a short piece of 90-pound fluorocarbon between the mono and the circle hook. Slide in the brightly coloured floats on to the leader prior to tying up the hook and make sure you secure it at the top.

Position yourself up-current and let your bait drift towards the fish. When trolling around for tarpon, deploy two baits, one fished about 30 feet along the current, and the second fished about twice that far back. If possible try to have another angler pitch a free-floating bait a few feet away from the main live bait or alternatively bounce a white jig along the bottom with a long grub tail attached.

When fly fishing for tarpon, steer clear from using the trout set, instead use the strip-set. Strip until you feel weight and then strip hard before raising your rod tip. Sometimes, anglers strip the fly out of the fish’s mouth before it’s closed, which keeps it in front of the fish and in the zone.

It has been suggested that spring and summer are the best time to catch the tarpon fish. Given their excellent vision in low-light, dawn and dusk time are preferred to catch these fishes, days with overcast skies also turns out to be more productive than bright,sunny days.

Tips on how to catch Tarpon fish