How to catch Black Crappie

Black crappie are one of the most widely popular game fishes in North America. This freshwater fish which are differentiated from their counterpart –the white crappie by virtue of their distinct splotches on their silvery bodies, have been for ages considered a good catch in the fishing communities.

Although it is not as spunky as compared to other game fish, it makes up for it by its excellent,white grainy meat which enhances its food value.

In this article we shall delve deeper into the about, facts and features, and How to catch a black crappie 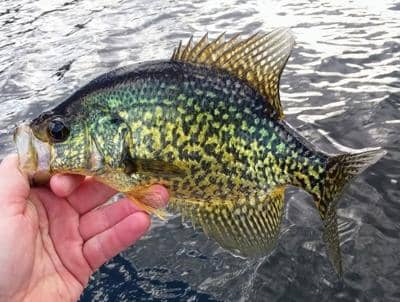 About the black Crappie fish

The black crappie (Pomoxis nigromaculatus) belonging to the sunfish family is a freshwater omnivorous fish, characterized and differentiated from the white crappie by its green to black random splotches on its silvery sheen body. Black crappie also spawns a little earlier than white crappie. These big black crappies are solitary fishes and can often been found under a cover such as vegetation, roots of aquatic trees, docks or any structure underwater.

The black crappies has 7 to 8 spines on its dorsal fin, has a much rounder body which makes it easier to be distinguished from white crappie Black crappies grow to about 10.8 inches on an average with the highest recorded length being 19.3 inches.

Black crappie feed on planktonic crustaceans and free swimming, nocturnal, and larvae. Larger members basically feed primarily on small ﬁsh. Black crappie happen to share their feeding habit with walleye and are often found together in the same habitat.

Black crappie are less tolerant of turbid water than white crappie. During the summer they live in deeper water, while in the spring they occupy shallower water.

Where to find Black crappie?

Adult black crappies are found in lakes(ranges from eutrophic  and highly fertile lakes, to dark water mesotrophic lakes to clear lakes)ponds, sloughs, backwaters pools and streams. Crappie prefer cover, such as such as vegetation, fallen trees or boulders. They often form schools in clear water among vegetation over mud or sand.

They are native to the Virginia to Florida regions along the Atlantic coast and southwest along the Gulf of Mexico from the western panhandle of Florida across to Texas in North America. Black Crappie also can be found within the St Lawrence River, the Great Lakes and the Mississippi River basins.

In their natural range, they are found more commonly indensely vegetated, warm, sandy to muddy bottoms, moderately acidic, and non-turbid waters of lakes and rivers .They are usually found in the middle to upper sections of the water column in the summer. Black crappie tend to be more aggressive in shallow waters.

Black crappies grow to about 10.8 inches on an average with the highest recorded length being 19.3 inches. The heaviest published weight for a black crappie is 2.7 kg (5.9 lbs.) The average crappie weighs between 1/2 and 1 pound and measures 5-12 inches, though they are capable of growing much larger. 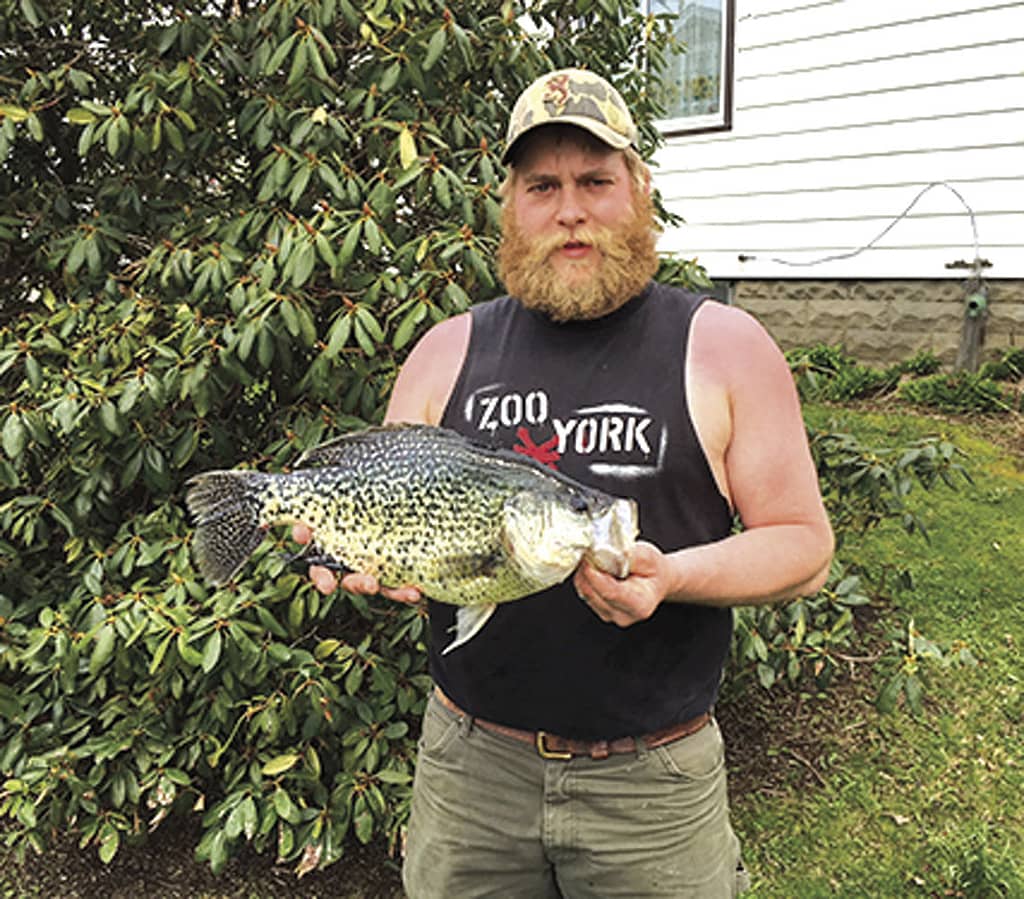 Black crappie feed on planktons and small fishes commonly. Hence, minnows, shiners,worms, insects can be used as live baits while fishing for the black crappie.

A plethora of artificial baits can be used to lure the black crappie. Some commonly used ones include:

Small jigs: are essentially a lead lure, about the size of your finger, with a hook at the top. Easily available and used commonly.

Hair jigs: consist of multiple hair like extensions, making them light weight and suitable for freshwater fishing. They do not possess any built-in action , the anglers need to develop some sort of movement while casting them.

Small crankbaits: these baits mimic the swimming action of a baitfish, crayfish or other prey and are suitable for catching fish which prey on smaller fish.

Underspin jigs: underspin is basically a swim jig / swimbait with a blade attached to the bottom. The blade spins and vibrates as the bait travels through the water, giving it some additional action and flash.

Small swimbaits: swimbaits are famous for their realistic swimming action, used to catch bass fish and other bigger fish.

In clear waters it is better to use natural-colored baits, if it’s a bright,suny day when you set out to catch some of those black crappies then bright colors should be your go-to. If it’s a cloudy or darker skies then a little darker shade of baits is used.

How to catch the black crappie?

As mentioned earlier, black crappie are more likely to be found under cover, be sure to make your cast so that the lure moves into the spot where crappie might be laying. Make multiple casts to likely cover and at different angles. Sometimes it takes a lot of casts to find the spot that the black crappie is lurking around.

The usual crappie rig will do the job with vertical jigging. Ultra-light, short rods are preferred, a medium light power with moderate action allows for a easier and more sensitive casting. The reel is a crucial part of the crappie setup.. When it comes to the 5.5 to 6 foot rod used for casting your lures a nice smooth reel with a smooth drag is vital.

Spawning season of the black crappie

Black crappie spawn during the May and June ,during the spring season a little sooner than their counterparts of the same species. Ideally temperatures between 57-59 degrees is most suitable for the black crappie to spawn, in the shallow shore region.

The female will then lay between 5,000 and 60,000 eggs. The males form a nest at the bottom of the shallow waters and guard the eggs. The eggs take approximately 2-5 days to hatch. During spawning season, crappie and their nests will be in water approximately 1-5 feet deep.
Crappie are fertile breeders and will over-populate small bodies of water very quickly if the population is not controlled.